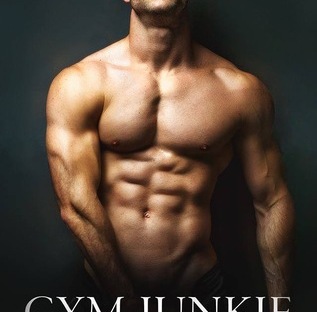 We’ve all done it, salivated
Over a guy at the gym, imagined the unimaginable.
Wanted what we can’t have.

I’m not the kind of girl who does this kind of thing and
he’s exactly the kind of man that does.

He’s as sexy AF.
Dominant as all hell.
Built like a machine.

And when he turns up at my work

An late night workout never hurt anyone, right? Well, what about if you hook up with the hottest guy you’ve ever seen in your life in the bathroom… and it makes you feel like the worst person in the world for it?

When Tully has her one-night stand in the bathroom of her new gym, she cannot believe the after effects. She swears to never see the guy again.

Brock Marx has other plans. This is what he does, though not always in public bathrooms (not that he rules them out). He meets women, takes what he wants, and sends them on their way. Not in a jerky way, they always know the deal. When Tully doesn’t return his phone calls, he doesn’t know how to handle the rejection.

I could not put this one down! I loved the relationship that built between these two, the sarcasm and the love-through-joking just made it totally swoon worthy. There was a decent detective/crime based plot in the background of their love story too, which I wasn’t a big fan of – just a personal taste – but it was well written and the other characters floating around made for a story that readers will come back to often. Amazing!