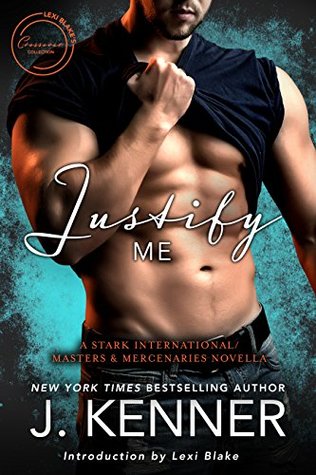 McKay-Taggart operative Riley Blade has no intention of returning to Los Angeles after his brief stint as a consultant on mega-star Lyle Tarpin’s latest action flick. Not even for Natasha Black, Tarpin’s sexy personal assistant who’d gotten under his skin. Why would he, when Tasha made it absolutely clear that—attraction or not—she wasn’t interested in a fling, much less a relationship.

But when Riley learns that someone is stalking her, he races to her side. Determined to not only protect her, but to convince her that—no matter what has hurt her in the past—he’s not only going to fight for her, he’s going to win her heart. Forever.

This crossover story is written by one of my favorite authors and brings together two of my favorite worlds: Stark International and Masters and Mercenaries… Riley is a McKay/Taggart operative and Natasha is a personal assistant with a stalker problem…

I presume that part of the reason for this collection is to showcase the writings of authors to a new readership and, if that is the case, from my perspective it has proved most successful… I have really enjoyed discovering new authors and gaining an initial insight into their series, and I have even dowloaded some of their books; in addition, Justify Me is written in such an engaging and easy to read style that it has reminded why I love this particular author’s books so much and has encouraged me to revisit her series’ again…this was an entertaining quick 4.5 stars read with the added bonus of managing to squeeze in an epilogue to tie everything up.. ….