Kash Kamdar is the king of a peaceful but powerful island nation. As Loa Mali’s sovereign, he is always in control, the final authority. Until his mother uses an ancient law to force her son into marriage. His prospective queen is a buttoned-up intellectual, nothing like Kash’s usual party girl. Still, from the moment of their forced engagement, he can’t stop thinking about her.

Dayita Samar comes from one of Loa Mali’s most respected families. The Oxford-educated scientist has dedicated her life to her country’s future. But under her staid and calm exterior, Day hides a few sexy secrets of her own. She is willing to marry her king, but also agrees that they can circumvent the law. Just because they’re married doesn’t mean they have to change their lives. It certainly doesn’t mean they have to fall in love.

After one wild weekend in Dallas, Kash discovers his bride-to-be is more than she seems. Engulfed in a changing world, Kash finds exciting new possibilities for himself. Could Day help him find respite from the crushing responsibility he’s carried all his life? This fairy tale could have a happy ending, if only they can escape Kash’s past…

My life was never black and white. 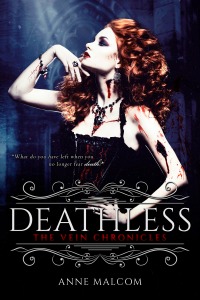 Heck, it wasn’t even black, white and gray.
Lines were not drawn between good and evil, and if they were, I would have jumped those suckers for fun.
But now it was simpler. It wasn’t black and white. Or gray. It was only one thing.
Blood.
A crimson-tinted world. That was all I needed.
All I wanted.
Him.
Despite the war raging around us, or the secrets between us, there was nothing simpler than blood.
It didn’t matter that it would be fatal.
After all, it’s the things we’re not undead without that will kill us in the end.

Too Complicated by Bethany Lopez

Reardon Lewis is a small-town lawyer in Cherry Springs, the place where he and his cousins grew up. With the body of a Viking and the heart of a geek, Reardon is loyal to his family and indispensable to his community. The only thing missing in his life is love, and it just so happens that the one woman he has always wanted but could never have has just moved to Cherry Springs.

Chloe Zahn is a successful businesswoman, a city girl, and a single mom. The last thing she ever planned to do was move to a small town, but that’s the choice she’s made to bring her son closer to his dad. The only problem? The Lewis family and the obvious disdain they have for her.

The more time Reardon and Chloe spend together, the harder it is to fight their growing feelings for each other. Things between them have always been Too Complicated, but Reardon knows this may be his last chance to win over the woman he’s always dreamed of, complications be damned.

Too Complicated is the second in an all-new small-town romance series by Bethany Lopez. Follow the Lewis cousins as they learn about love and loss in Cherry Springs, the kind of place where there are festivals for every occasion and everyone knows your business.

Gas Up The Jet, Baby: New York by Aubrey Parr

Nicole and Kate, from the Love on… series set their sights on a weekend in New York City
for their next girls’ trip. On their way to the airport, they meet Lauren. She’s left the home she shared with her cheating boyfriend and has a bag filled with her life’s possessions at her feet. Once Lauren is talked into joining them on their trip to New York, she realizes that she can reconnect with her older brother, Cameron. Immediately she meets the sexy bartender from the lobby bar, Zane and there is an instant attraction. Lauren spends the weekend reconnecting with her brother who is a New York City cop, falling for Zane and hanging out with her new friends. Along the way, there is a bit of suspense and excitement that keeps them all on their toes. Come along with the girls for a NYC weekend trip.

This is a spin-off novella from the Love On… series, but can be read as a standalone.

The bowtie is BACK!

Dre was just a beautiful stranger when Preppy saved her the first time around. Now, he has to save her again, but she’s no longer some stranger, she’s family, and he has no idea who or what he’s up against.

What he does know is that putting his family back together is the only acceptable outcome.

He’s alive…and he’s out for BLOOD.

Preppy Part Three is the third book and conclusion of Preppy and Dre’s story. It’s also the 7th book in the King Series, which should be read in order starting with KING & TYRANT.

“Resist or obey. Those are my choices.”

Alone at a bar, recently fired from my job and about to move, no one will notice that I’ve gone missing, and my abductors know it. Smuggled to a secluded facility in the mountains, locked in a cell and stripped of my dignity, they’ve threatened me with a fate worse than death. They aim to break my will. They plan to erase me.

My captors are vicious monsters, except for one: the doctor, Gabriel. He urges me to accept their control and spare myself months, or even years, of pain and torment. Yet his merciful demeanor hides a dark, burning secret. Smoldering and mysterious, I’m drawn to him and his talk of submission. He may be my best shot at escape, but I hunger for far more.

With Gabriel’s help, the others will pay for what they’ve done to me. They wanted a toy, but they’ve woken a terror…

If I’d known the truth about Halloran Asylum, I would have burned it to the ground long ago. Now I’m an accessory to unspeakable crimes, and no one will ever believe my story. For years I made peace with fate, but after a violent episode pushes me to the edge, I swore never to let them harm anyone else. Now they’ve taken another, and I can’t let it go.

I need to make Marla understand her strength and resolve will only cause her greater suffering. At first, training her is just a way of buying time, but her response to my touch, my command, drives me wild. I have to have her, but standing in my way is a horrid truth that could cost me her trust. If that happens, we’ll both be lost, trapped in this place forever.

I don’t care. I’ll risk everything for Marla, even if it means letting out the beast within…

Seized by Seduction by Brenda Jackson

One glance is all it takes 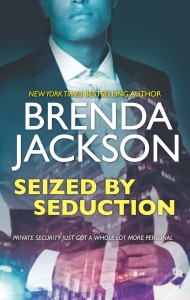 From the moment his eyes meet hers across the crime-scene tape, ex-con turned bodyguard Quasar Patterson knows he has to see the mysterious Dr. Randi Fuller again. She’s a renowned psychic investigator who can foresee danger for others, but not for herself. That makes Quasar doubly determined to watch over her—the closer, the better—as she’s drawn into a dangerous gang rivalry.

Both her psychic gift and their blinding chemistry tell Randi that she and Quasar are fated to be entwined. Even as they surrender to the heat between them, there’s no guarantee of a happily-ever-after now that an enemy has her in his sights. And claiming a future will take more than Quasar’s strength and skill. If he can’t risk the heart he’s always held in check, they’ll both lose for good…

Charlie Davenport is the bad boy of British tennis – and third in line to the throne. He’s a beast on the courts, and a wild animal in bed (according to all the tabloids). Girls are lining up for chance at his crown jewels, and when I stumble into the wrong Wimbledon dressing room and catch a glimpse of his game, set, AND match, I can see why.

So what’s a little good luck kiss between f̶r̶i̶e̶n̶d̶s̶ strangers?

I know better than to get involved with a bad boy like Charlie. But now he’s on a winning streak, he thinks I’m his lucky charm – and you know what’s luckier than a kiss?

Suddenly, I’ve got paparazzi on my trail, exes coming out of the woodwork — and you don’t know ‘cutthroat’ until you’ve seen a pack of hungry socialites set loose near the Royal Family.

I’m in way over my head, and even worse – I’m falling in love.  Can this American girl win her Prince Charming? Or will we both crash out of the championships in flames?

Wimbledon-meets-The Prince and Me in this hilarious, sexy new romance from Katie McCoy!

At the ripe old age of twenty-eight, Jamie Armstrong is sick of douchebags like the PA who told her she has an “ass made for screwing” on the first date. She wants commitment, and she’s got a list that she’s anxious to check off.

Then she meets Mateo Bailon.

An attorney with a penchant for chains and kink, Mateo isn’t looking for commitment and he sure as hell doesn’t want marriage. Not again. He wants a distraction—a new way to forget his past—and Jamie’s his favorite kind of drug.

He just never counted on getting addicted.

Will Cassidy is hot, infuriating, and the guy behind the biggest heart-stomping humiliation of my life. He’s also hosting my BFF’s destination wedding at his super-luxe tropical resort, so short of a hurricane or outbreak of the plague (here’s hoping), I’m stuck within t̶o̶n̶g̶u̶e̶’s̶ arm’s reach of him for the next seven days.

But I’m not a naive college girl anymore, and there’s no way I’m falling for his (many) charms again. I just have to ignore the romantic wedding shenanigans, his miraculous abs, all those intimate beach sunsets… And did I mention those abs?

Maybe a wild vacation fling is exactly what I need to even the score… But between the scorching chemistry and all-inclusive margaritas, I’m getting drunk on love. Which definitely isn’t part of the plan.

Can I keep my heart zipped – even if my bikini bottoms are lost somewhere on that nude beach? And how do you let go of the past when you’re holding on tight to the past’s (very ripped) torso?

Find out in the sexy, hilarious new romantic comedy from Lila Monroe!

Farren Fields shouldn’t be attracted to her hot, older boss… But she is.

Farren is a lot more than just a young, innocent beauty. She’s a tech genius with a brilliant mind, though no one would ever know it. She’s dreamed of working for the illustrious, Houston-based technology firm, Rayner Technologies, since she was a sophomore in high school. So what if that was only six years ago? She knows what she wants, and she’s not afraid to go after it. That is, until the sexy-as-hell, mysterious, brilliant, Alpha playboy who owns the company becomes the object of her innermost desires.

Rogan Rayner knows his new, star employee is off limits… But when have limits ever stopped him? This time, he may have finally met his match, and it’s nothing like he ever expected.