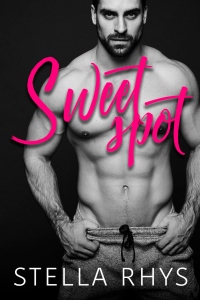 Our first meeting as neighbors was screwed from the start.

He was hot. I was naked. And we had no chance in hell at ever being platonic.

I’ll be the first to admit that I live at extremes. After going ten years locked in what felt like a dysfunctional marriage, I’m now decidedly boy-free. In nearly three years I’ve had no boyfriends, no flings, no dates and no sex. For the sake of my dream career, the sacrifice has been easy.

At least it was.

Until Lukas came along.

He’s rude, gorgeous, arrogant – a stone-carved wall of muscle and distraction. He’s everything I know to avoid but there’s no avoiding your next-door neighbor. Oh yeah. The man now lives three steps from me and to make matters worse, he crashed into my life while I was soaked in the tub. Mortifying to say the least and it went something like this: I ran out exposed. He looked. He laughed.

And then I locked myself out.

In short, Lukas Hendricks was smirking, swaggering trouble from the start. And me?

I was – for the first time in years – about to be screwed.

I absolutely loved this from the very beginning I could tell it was going to be another smash hit from Stella, I mean c’mon when there’s a hot sexy man standing there adjusting his junk you know you’re on to a winner.

Sweet Spot is all about two people who live by their own set of rules, they’re like total opposites and you know what they say about opposites? yes that right they attract and boy these two certainly had a huge attraction towards each other. Lia hadn’t been with a man since she broke up with her ex over 2yrs ago infact really she hadn’t even been interested in a man until she met Lukas the playboy who’s her neighbour for the foreseeable future, sparks fly between these two and we soon learn about their pasts and how they’ve become the people they are today.

This was beautifully written by Stella sensitively handling the issues of alcohol abuse, depression and suicide. I laughed and I cried throughout this book and then there was the sex scenes omg they were HOT!!!!

Basically to sum it up Stella Rhys has done it again another great book with a brilliant storyline the main characters were really easy to connect with as were the secondary one’s infact it would be interesting to know if there are any plans for any of the secondary characters to be getting their own books?