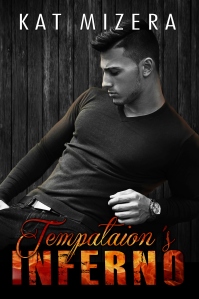 Baseball superstar Dante Lamonte is a broken man. Reeling from the horrific double murder that took the lives of his pregnant fiancée as well as his best friend, he turns to alcohol and kinky sex for solace. But there is no relief for him.

Becca Hernandez is a sweet, professional young woman who’s never had much luck with men—or sex. She treasures memories of a one-night stand with the mesmerizing baseball player who rocked her world physically and emotionally. If only he wasn’t way out of her league.

When their paths cross again, the sparks of passion burn hotter than ever, and this time it’s Dante who needs Becca. She’s just not sure she can live with his unorthodox sexual activities. When details of their night of kinky fun are leaked to the press, Becca stands to lose everything—her job, her reputation, and the man she loves. Dante has to battle both inner demons and real-life foes to save the woman he loves, but time may be running out.

I loved the well developed characters and their backstory, from another series by the same author ….the friendship and love between them all was charming…. furthermore the relationship between the two main characters was at times romantic and sweet….but here is the thing although this should have been an enjoyable experience in the end I was left dissatisfied for the following reasons…

Firstly, the female antagonist, a strong, successful woman is portrayed as being sexually naive and unfulfilled but talks openly about sexual matters in settings and with people that seemed unlikely and inappropriate… furthermore many of her decisions and reactions were based purely on her selfish needs and professional status regardless of anyone else’s feelings..

Secondly the male antagonist, a dominant, successful sports star, who has suffered a great personal tragedy, appears to be reckless in terms of the commitment he puts into his relationships…..and in addition he appears to have some trust issues but conversely is willing to explore the sexual fantasies of his partner regardless of the content…I can not say anymore without giving the plot away…needless to say, in my opinion, the two main characters were not believable or particularly endearing and in the end this spoiled my enjoyment…