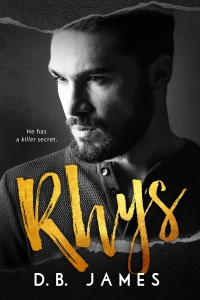 He has everything planned… except her.

Rhys lives a life of solitude — one he’s perfectly content with. That is until his friend Vinny is found murdered. There are secrets and half-truths at every corner, but he’s determined to find out what happened.

Averill is exactly where she wants to be in life after years of running. She’s opened her own boutique and can finally breathe again. She thought she was safe… until her world collides with the dark shadows of Rhys’.

When he unknowingly puts her in the path of a serial killer, will he be able to protect her? Even if it means becoming the killer he’s trained to be?