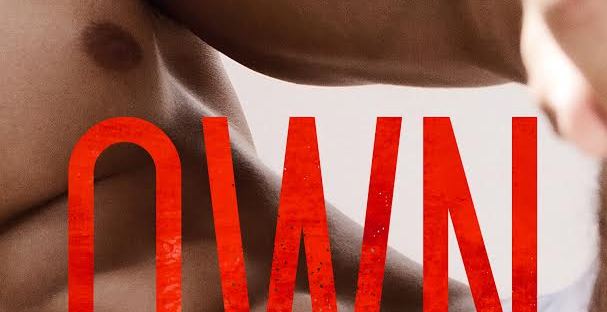 Kira’s finally mine.
Mine.
And nobody and nothing is going to take her from me. I’ll fight for her, to the death. Do anything for her.
There’s no more living without her. No more holding back my feelings.
If only it was enough.
We’re surrounded every day.
Watched.
Stalked.
Judged.
Everyone knows us. Now, they suspect. The odds are stacked against us more than before.
We live in the shadows, hiding our love from the entire world.
But not for long.
I refuse to live like this anymore.
I’ll do whatever it takes to own her. I’m waging a dark war against those that stand against us.
And I will win.
That girl is going to be mine forever, and there’s nothing anyone can do about it.

Why the fuck is Kira at this party?

I have no right to begrudge her this. She should be here, having fun, experiencing college to the fullest.

It just burns that she came here without telling me. That she didn’t even think of inviting me.

That she’s pushing me away while making time to sit on the grass with Austin.

If Dana hadn’t told Ryan to call me, I wouldn’t have known Kira was here.

This party is taking place in one of the student’s homes—a mansion so fucking big, it’s bordering on ridiculous.

I’m never going to find Kira here, and according to what Dana told Ryan, Kira’s shitfaced. Drunk out of her mind.

And Dana lost her.

Growling under my breath, I push past the crowd, ignoring every drunk girl who tries to grope me.

Sometimes I wonder how I ever got high off this kind of attention. How my ego fed on it. It’s annoying as fuck.

I’ve already checked the large ass kitchen. Two of the sitting rooms. The foyer. The pool room. And almost every room upstairs.

I get a text from Dana. Marilyn just spotted her going into the movie theater on the first floor. OMW there now.

Of course this place has a movie theater, too.

Fucking ridiculous, as I said.

I about-face and practically fly down the stairs. I have no idea where the hell the movie theater is, so I grab a few people as I walk and ask them.

All of them are as clueless as I am.

They look at me as if I’m crazy.

Finally, I find one person who knows. Don’t know who he is, don’t care. He points me in the right direction, and I rush away without even thanking him.

The theater is all the way in the back of the house, in an area that’s actually empty. I get there in time to see Dana opening the door and rushing in.

Man, she’s an awesome girl. I could never thank her enough for caring for Kira the way she obviously does.

I go inside and find the small theater empty, except for Dana, Marilyn . . .

My breath whooshes out of me at the sight of her. I’m instantly hard, aching, furious, and possessive.

We haven’t fucked in days and I’d be lying if I said my balls aren’t full to bursting. I need sex right now like I need air and she’s the only person to give it to me.

But she came here, in that tiny, dark purple dress.

I have no right to tell her how to dress–but what the fuck is she doing coming to a party dressed like that without me?

Kira’s leaning against one of the chairs all the way at the front of the theater, refusing to move despite Marilyn urging her.

It’s obvious she really is drunk as a motherfucker.

“I just want to be alone, guys,” she says, almost whining.

I refuse to be amused. Now’s not the time. I’m too pissed at her.

But, fuck me. She’s sexy, adorable, and those lips are begging for my cock.

“I know, sweetie. But it’s not good for you to be alone right now.”

Kira swats Marilyn away. “Stop your shit, woman. You’re not my mother.”

Even Dana laughs at that one.

They all turn to stare at me as I walk down the short steps toward them.

She rakes me with a cold stare that still manages to burn my entire body with how hungry it is.

Damn. If any of these girls just happen to look down a bit, they’re going to get an eyeful of how hard my dick is.

“I don’t want you here, either.” She swats me away like an imperious little queen.

Marilyn and Dana hesitate at my tone.

Dana snaps to action first and leads Marilyn up the stairs and out of the theater.

Kira’s still looking at me with that rebellious hunger, a lust-filled sneer on her face.

I have no qualms about reaching down and palming my dick in front of her.

“We’re leaving, Kitty. Now.” I can’t fuck her until she sobers up considering how angry at me she is, but I’m getting her home.

Kira steps toward me and stumbles at bit.

I rush forward and catch her, pulling her up against me.

Contact. Seering, torturous contact. I have my arms wrapped around her, my hands on her ass, before I realize what I’m doing. As always, it’s an instant reaction. Absolutely zero control over my own body.

Kira pushes at my chest and that sexy small growl she gives me turns me on so much. “Don’t touch me.”

My barely leashed temper snaps free. “Like hell. You’re mine.”

She struggles against me, her body sliding along mine. “Excuse me if I don’t want to go back to fucking the dick I’ve seen inside Jennifer two too many times.”

She’s hurting. I get it. Shit, I’d be even more feral in her shoes.

But I’ll be damned if I let her pretend she doesn’t want me anymore.

Kira lets out a broken gasp at the feel of my fingers slipping inside her.

I move them around on purpose so she can hear how wet she is. “Lie to me again. Tell me you don’t want me,” I growl in her face.

Her arms wind around my neck and she slams her lips against mine. Growling at me like she  hates me and wants to eat me at the same time, she kisses me with everything she has.

Trying to control me.

I want nothing more than to show her who’s fucking in charge here, but she’s licking my tongue like it’s the tip of my dick, and her hips are thrusting up and down, fucking my fingers.

Using me for her pleasure.

I manhandle her, my mind cracking under the pressure of so much need. Spinning, I fall to my knees on the short steps and place her beneath me.

The steps are short but they’re huge. Enough to accommodate her lower body on one.

Kira leans back with her elbows on the step above her. Head thrown back, gorgeous throat exposed, she struggles to pull in air.

I lean back on my haunches and yank my belt open.

The sound makes her raise her head. By the time her eyes are on my crotch, I already have my glistening cock out in my hand.

This is what I need. No more distance. No more pain. Just her and her nearly demonic need to have me.

And I need this even more.

I spread her legs wide, wider than I probably should, and slide that juicy cunt right onto my dick.

Her body arches off the stairs like she’s being possessed.

If I haven’t left enough of me inside her for her to understand—for her to accept—that I own her and always will . . .

I’m going to remedy that.

And there’s nothing she can do about it.

I pull my hips back, slow, hissing at the slick feel of her pussy walls tightening. Trying to keep me in.

Kira whimpers, clenching me even harder.

Wanting to let me go and powerless to do anything but keep me.

Using all my strength, I slam back into her.

She cries out and comes all over me.

I crack my neck, a growl purring through my chest, and lay into her. No mercy. No thought.

Kira fists my hair, her moans bouncing off the walls around us. I lower myself down and brace my elbows on either side of her head.

She tries to tug me down and kiss me.

She bites my lip hard enough to make my vision snap white. I think I taste blood. “Fuck you. You don’t own m—” She chokes on her words with my next thrust.

I can’t stop groaning, yet somehow I’m laughing in her face at the ridiculousness of her statement. “You want to keep fucking lying to yourself, Kitty?”

She hisses like the wild cat she is and leans up to lick across my bottom lip. When she pulls back, I see it.

Her lips are stained with the blood she drew from me.

I press my lips to her, our tongues dueling. We’re nothing but a mindless mass of sex, and I can feel the come rising up my shaft.

In the back of my head, it registers that I hear people speaking.

On the other side of the door.

“That bitch ruined my life!”

“First off, don’t ever call her a bitch in front of me. Got it? Secondly, you have no proof it was her that sent your parents that video. Third, back the fuck off, or I’m going to forget we were ever—”

I raise my head enough to look up. For a split second, the fact that we’ve been caught freezes me.

Then I see two pairs of familiar blue eyes locked on us.