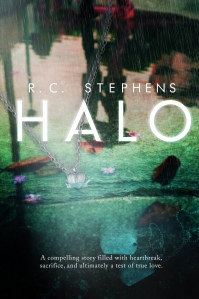 I fell in love with Thomas Wells and knew he was my forever.

I was sixteen when I gave him my heart.

Our love was the kind to last a lifetime.

But Thomas was broken.

The first day we met he told me he was going to become a Navy SEAL.

At nineteen he enlisted.

At twenty he married me.

At twenty five he left me pregnant and didn’t turn back.

I knew he was suffering….

I also knew I couldn’t save him.

He left me broken.

I was scared and alone.

Until I met Ryder St. John a wounded soldier…

Together we made sense.

I fell in love again…

What Ryder forgot to mention was that he held a secret so explosive that it could shatter both our worlds.

“We aren’t from the same area of Rogers Park I’m guessing, but no I don’t like it. I live with my father and I can’t wait to leave. I’ve been training since the day I turned fifteen. There’s a SEAL training camp in Great Lakes, Illinois and that’s where I’m headed. Then I’ll be property of the navy and allow them to take me wherever that may be as long as it’s away from here.”

I can’t help but sulk.

“Yeah, I wouldn’t mind going back to LA,” I mutter.

“How old are you anyway?”

“I just turned seventeen,” he replies, biting his lower lip again. I wonder if it’s a nervous habit. “Are you going to give me your number?” he asks. He obviously didn’t have self-esteem issues. I look over to my side and I see Amanda practically drooling as she watches us.

“Ah!” He takes a step back as if he’s tripped and holds his hand up to his chest. “I’m wounded. You seriously need to think about it? Well, that’s a first.” He shakes his head.

Oh geez! He must have lots of girlfriends. Leave it up to me to be lusting after a player.

“Well, if that’s a first then you don’t need to worry,” I snap at him, not liking his arrogance. “You must have them waiting in line for you.”

He looks almost bewildered and remains painfully quiet. It makes me feel like I have the upper hand and I like it for once. Maybe I’ve been drooling too much and he senses it. Not happening.

“There’s a line, but it’s your number I want,” he replies with a cocky grin.

“Thomas, I am not that kind of girl,” I answer harshly.

“Halo, I know you aren’t and that’s why I want your number.” His tone is filled with challenge.