The distance from Colorado to Maine is not far enough to escape the memories.
The time I’ve been away is not long enough to heal the pain.
I left Colorado, determined to discover who I am outside of my grief, but I fell apart along the way.
I’m lost again.

When Jude follows me, I can’t turn him away. But I can’t let him in, either.
Not all the way.
I know when he finds out my secret, the one I keep hidden in the darkest part of my heart, he’ll leave me.
Alone.
Like I was before. 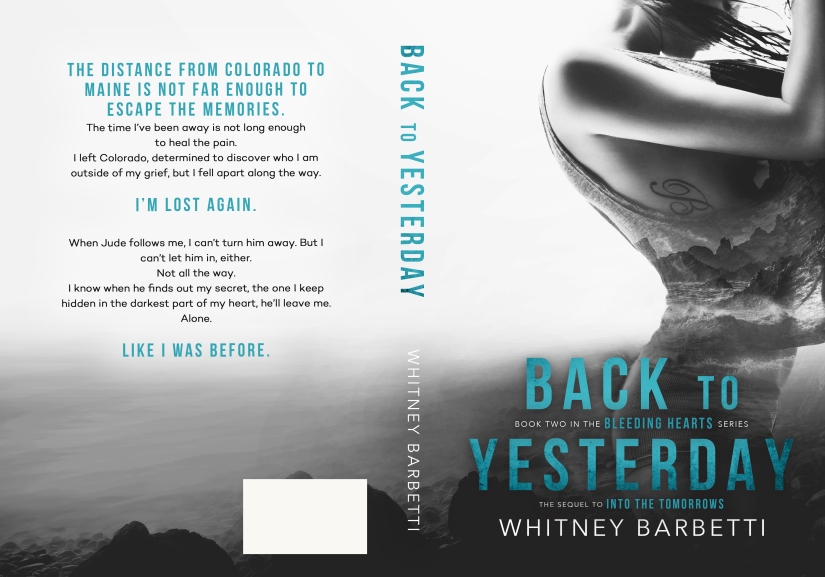 I didn’t want to let go of him for a while. Holding him had been the most peaceful I’d felt in months—it practically radiated from him. “You’re actually here,” I said into his flannel shirt.

“Don’t let go just yet,” I whispered, rubbing my face over his shirt.

I’m not sure how long we stood there, just holding one another. His breath was warm on the top of my head and I could hear each beat of his heart against my ear, where it was pressed against his chest.

I was the first to pull back, because I wanted to look up into his face. His beautiful, tranquil face. The smile on it caused one to reflect on mine too. He was perfect. A word I didn’t like, because of the expectations it required. But that’s what he was.

“You look so different,” he said, brushing a thumb along my cheek. I took a quiet delight in that, hoping he’d notice how much weight I’d lost since he had seen me last.

But he didn’t look pleased. In fact, he looked concerned. “Are you okay?”

I pulled away from him just a little, feeling disappointment. “Of course, I’m great. And you’re here.”

“I am.” But something had changed in his expression as he searched me over.

“Let me show you around,” I said, changing the subject.

We hadn’t kissed. It was all I could think about.

1 thought on “Cover & Sneak Peek: Back to Yesterday – Whitney Barbetti”