Thank you to everyone who took part in June’s group reads and discussions. I’m proud to say that the book club, on its second month, now has 70 members. If you’d like to join, send a request here.

The group has voted for July’s reads, which are as follows: 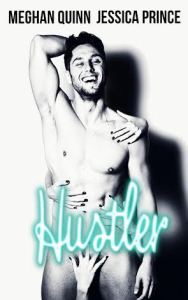 I make my living as a hustler, and I’m great at it.
I don’t have a single tell and I use that to my advantage to manipulate any situation.
I’ve always known what a person is about to do before they’ve even decided.

That is, until I met Penelope.
I can’t get a read on her, and what’s worse, she doesn’t want anything to do with me.
Which only makes me want her more.

Now I’m in for the hardest hustle of my life.
Somehow I have to convince her she belongs with me.
Good thing I’m always up for a challenge. 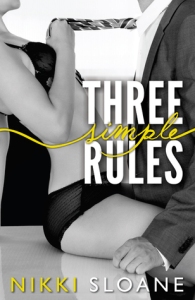 I would do anything for my dream job. Now I have to.

In order to save my skin at the office, I’m forced to sell it at an exclusive and illegal blindfold club. He paid thousands of dollars for one night to own me, but when my blindfold comes off, I want more. More nights, more rules, and more from this unavailable and uncompromising man.

Rule number one, no questions. Rule number two, no lies. But, rule number three? That’s the hardest one to obey.